Example of a card shuffle from the Home Page 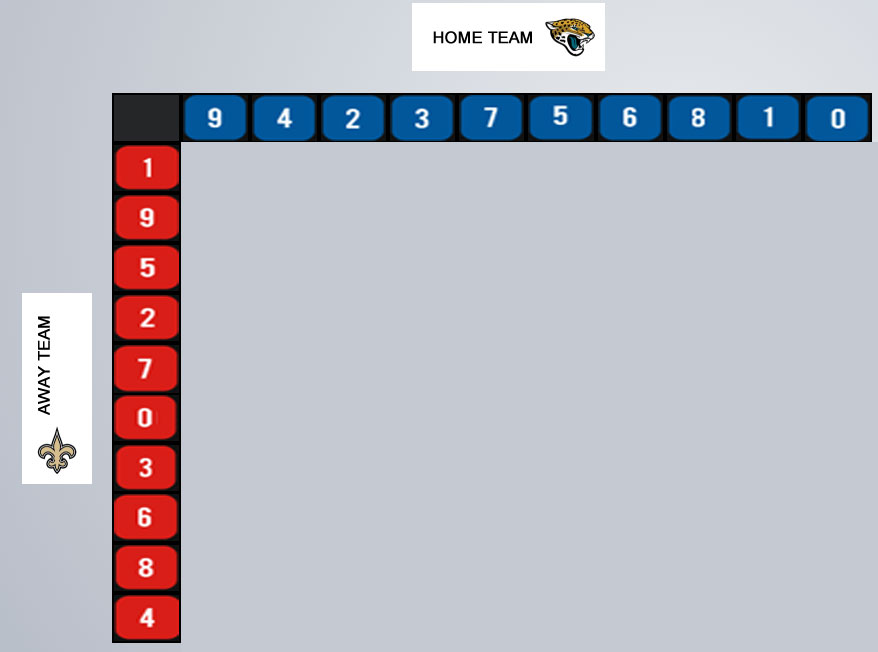 : and align with the Away Team Row Box Scores

Games played will have double digit scores on the last number in the score is used in the game and quarter scores ( A 1st Quarter Score of 21 by the Home or Away, 1 is the number used

Example Score of the Hall of Fame Game August 2nd 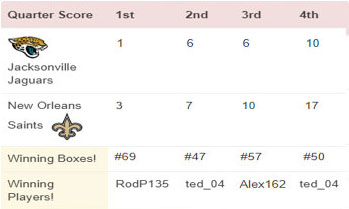 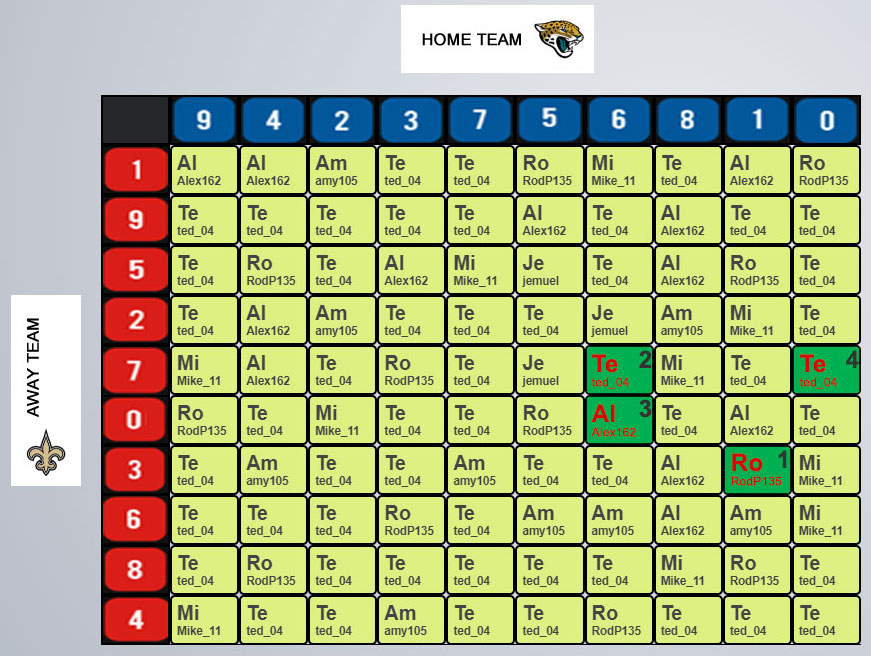 From the game board above here are the winning boxes

You won’t know the winners until the Card Shuffle every game and the Score after each Quarter!

Games that end in a tie in the 4th Quarter, moves the winning final Quarter to the OT final score